Description: Bocan Stone Circle when seen from afar appears insignificant, lost behind trees and dwarfed by more modern structures, but it is only when viewed right up close that its full glory comes to life. Situated on the hill of Bocan with magnificent views from Sliabh Sneacht to Trawbreaga Bay right to Glengad which are impressive especially if seen at sunrise or sunset. It is suggested that stone circles were original sun temples. Many of the stones (originally numbering 30 in all) were removed during indiscriminate land development so that one has to imagine partially the circular form. The remaining stones are up to 7ft tall and it is easy to imagine sacred rites being performed, and wonder as to what type of religion was being practised. What people built this structure for is unclear but dates of its construction have been suggested as between 1500 – 3000 BC. 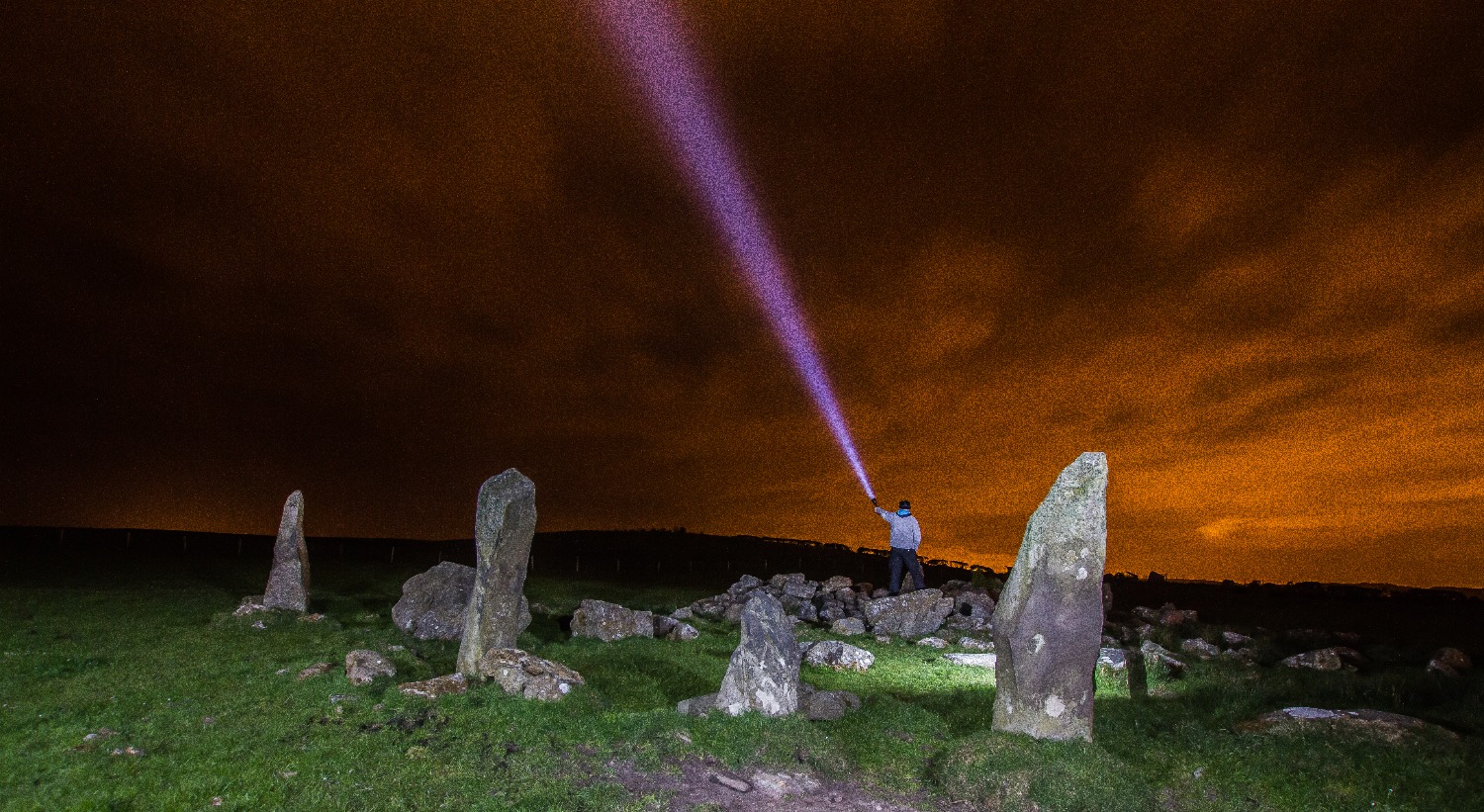