One of Donegal’s best known castles due to its prominent location along the Derry-Letterkenny road, Burt castle was constructed during the reign of Henry VIII and an exciting discovery of coins from 1525 and 1547 was made close by. A castle of strategic importance to the Ó’Dochartaigh’s, it eventually fell to English control in 1608 after Cahir O’Doherty’s failed rebellion in which he sacked the English ruled Derry, Lifford & Strabane. Though noted to be in ruin by 1833, the castle remains an impressive historic sight and while situated on private ground, it can be viewed quite closely from the nearby road. 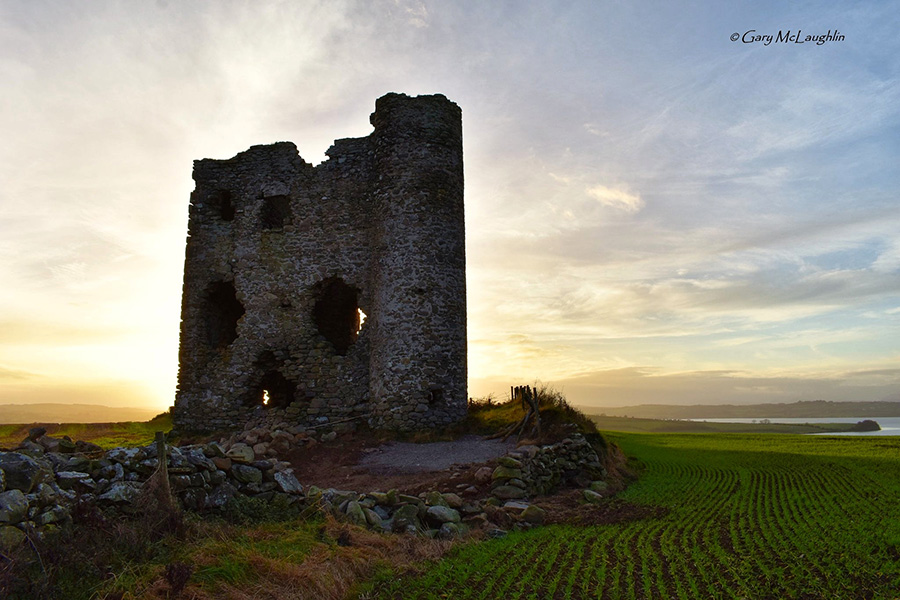