Directions: Follow the main road to the coast. At the junction at the Famine Village turn left. The Castle is clearly visible from the road.

Description: During the Viking era and before the O Doherty Clan took over Inishowen, Carrickabraghy was an important administrative centre, ruled by the Mc Fauls (Ó Maolfhabaháil). The Annals of the Four Masters (1636) record that they were lords of Carrickabraghy between 834 A.D and 1200 A.D., sometimes with Viking names, indicating that they had intermarried. Carrickabraghy Castle, built in the 16th century is strategically situated on a rocky outcrop, overlooking Trawbreaga Bay. It is one of four remaining O Doherty Castles in the Inishowen peninsula and it was occupied by Phelim Breaslaigh O Doherty in 1600. It was here in 1608 that Cahir O Doherty, the last Chieftain of Inishowen, planned his ill-fated rebellion. Following his execution, the plantation of Ulster ensued and in 1610 the original keep was enclosed by adding the circular tower and a bawn wall for protection. The Castle has been uninhabited since 1665. 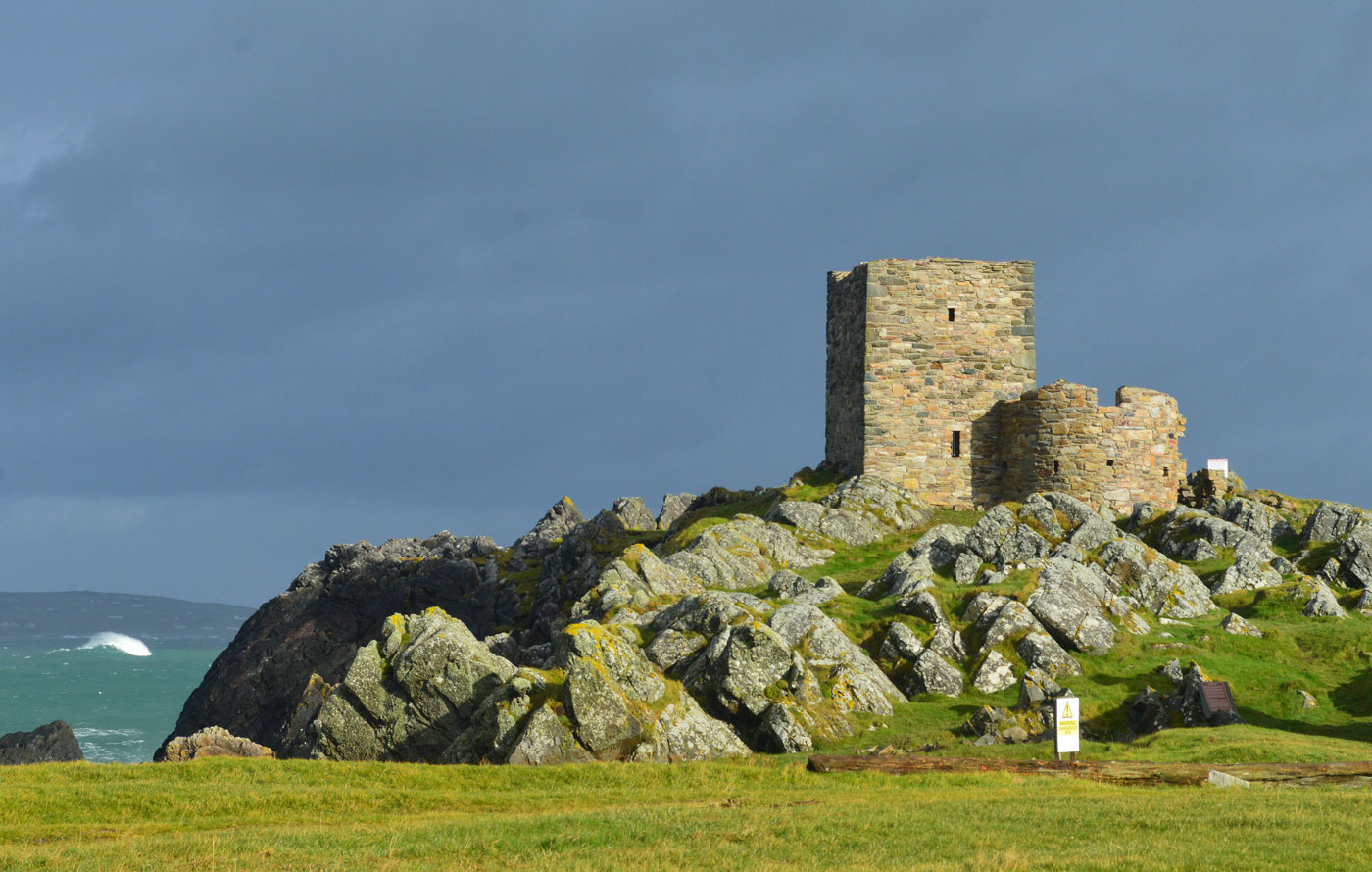