On November 30th 1941, a RAF Spitfire was just 3 minutes flying time away from his base at Eglinton Airport when 23 year old Roland ‘Bud’ Wolfe (he was from a unit made of completely American personnel) had to bail out of his aircraft before it crashed into the bog half a mile away. Seventy years later that Spitfire was located by a team led by avation historian, Jonny McNamee. Marking the location today is a memorial plaque with a panoramic view. 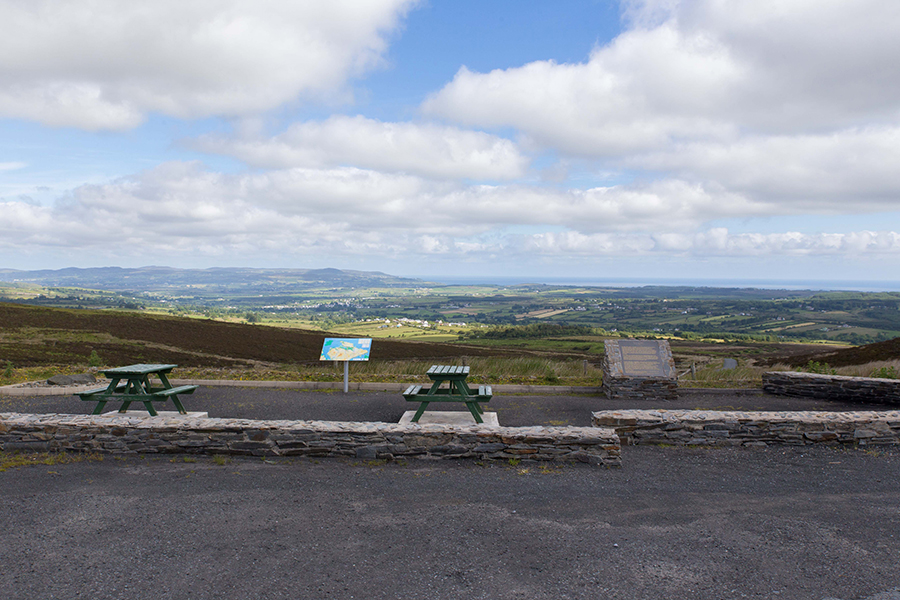