Description: Cooley Graveyard has a view of Lough Foyle, the name can be spelt Cooly or Cooley and translates as ‘The Quarterland of the Woodland’. The old Irish name was ‘Maigh Bhile’ which translate as ‘The Plain of the Ancient (Sacred)Tree’ Evidence shows that this was a Druidic site in the Iron Age and two earthen ring circles were confirmed to enclose the site in 2013. It is recorded that St. Patrick founded a church here in 442AD which developed into a Monastery by the 6th century and survived until the introduction of the parochial system in the 12th century. A parochial church remained until the 17th century, the ruins of two can be still found. Cooley has a rich collection of Wheel – Head crosses, the High Cross at the entrance and seven other examples inside the graveyard. An additional free self- guide map of this site is available in local businesses. 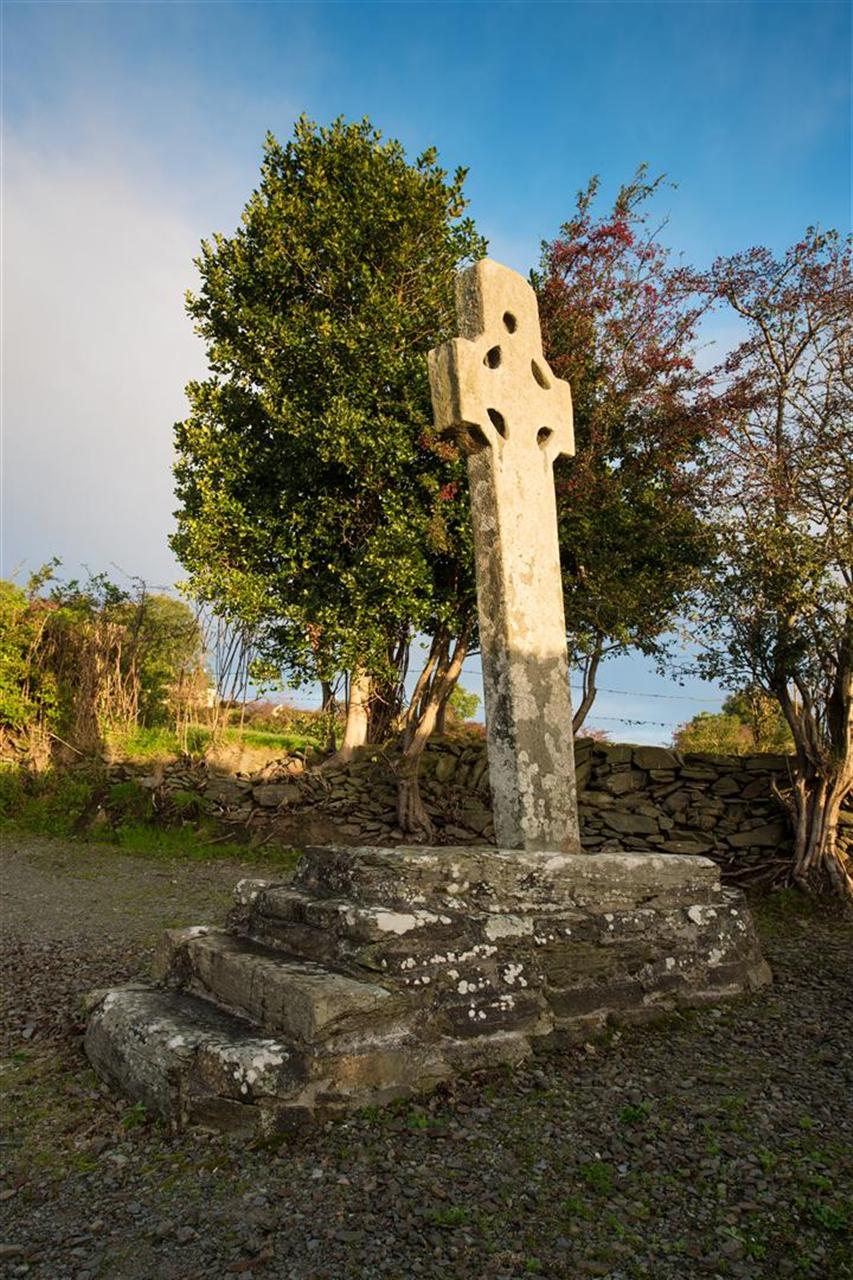 There has been a problem with your Instagram Feed.
Translate »