For centuries, many myths and legends have surrounded these mysterious lights but the bright, dancing illuminations of the ‘Aurora Borealis’, are actually collisions between electrically charged particles from the sun which enter the earth’s atmosphere at magnetic north pole. Auroral displays appear in shades of red, yellow, green, blue, and violet, though pale green and pink are most commonly seen in this region.  The lights appear in many forms from patches or scattered clouds of light to streamers, arcs, rippling curtains or shooting rays that light up the sky with an eerie glow.

They can be viewed in northern locations such as Canada, Alaska, Iceland, Norway, Sweden, Finland, Siberia and occasionally in Scotland and the north of Ireland.

As the Aurora Borealis is most visible against a dark sky, winter is the best season in which to hunt the Northern Lights. This is when Ireland has the longest hours of darkness. However, cloud cover, artificial light from towns and even the reflected light of the moon will all serve to obscure or dim the glorious ethereal display.

Here are our top dark locations in Inishowen.

If you capture any photos of the Northern Lights that you would like to share, send them to digital@govisitinishowen.com

and on your behalf, we will show them off to the world! 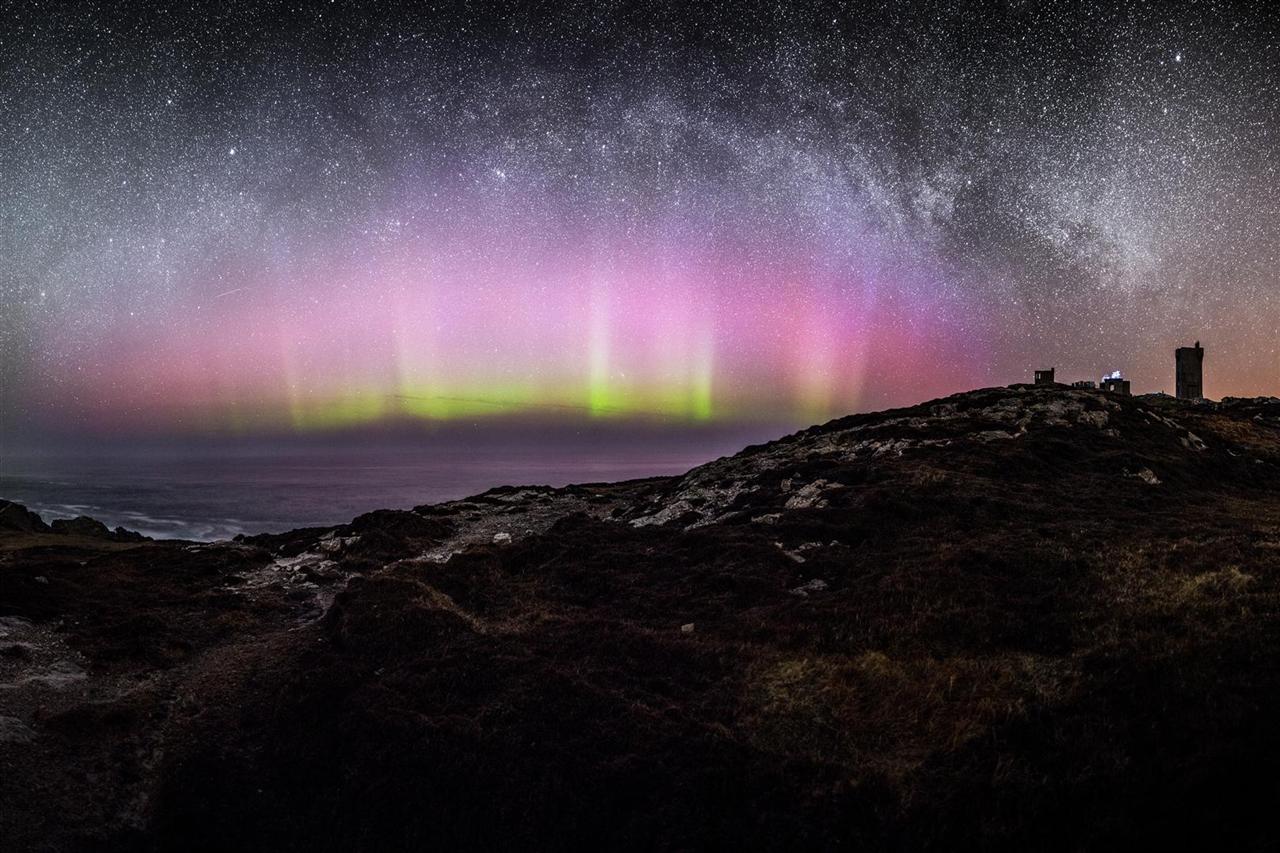 Kinnagoe bay is one of our favourite beaches 🏖

Some days @ The Inishowen Tourist Office are just

We absolutely love this colourful photo of the his