The saying goes: “The best things in life are free” and it certainly rings true in Inishowen:

This peninsula has a myriad of beautiful beaches with boundless views over the Atlantic Ocean (see beach trail PDF), an abundance of historical sites, tangible reminders of ancient times (see heritage trail PDF), walks and hikes to suit every mood and tempo (see walking trail PDF) and for the lucky ones who catch sight of breaching dolphins or experience The Northern Lights it’s not only free but priceless!

More of our favourite free attractions:

An Grianan of Aileach Stone Fort was reconstructed in 1870 on the site of the original 1700BC ring fort located in Burt. Sitting at the top of Grianan hill, 800 feet above sea level, the ancient fort looks out over the beautiful waters of Lough Swilly and Lough Foyle, providing breathtaking views of Inch Island below, and an excellent panorama of Counties Donegal, Derry, Tyrone and Antrim.

Inch Wildfowl Reserve is Ireland’s premier wetland site and a Special Protected Area under the EU Birds Directive.  It is an internationally significant destination for thousands of migrating birds; including geese, swans, ducks and other waders from three different continents. The infrastructure at the reserve caters for outdoor recreational activity such as walking, running and cycling on a popular 8km looped path which has seating, and viewpoints. There are also a number of bird hides available for public use. This scenic pathway follows around the lake edge offering panoramic views of the surrounding agricultural landscape and wetlands.

Swan Park in Buncrana is a much loved amenity, ideal for a leisurely river walk. The park is popular among local families and is also frequented by licensed anglers.

Enter along the six arched, Castle Bridge which was constructed in 1718, turn right at Buncrana Castle (a privately owned manor house) which was built in the same year.  On your left side you will see O’Doherty’s Keep, a construction of Anglo-Norman influence, the exact date of the original, two storey structure is uncertain but probably between 1410 and 1430.

Unfortunately the park was significantly damaged during the heavy floods of August 2017. However, reparatory works are planned for the end of this year (2019), to restore it to its former glory.

Arguably, the most breathtaking location in Donegal, Mamore Gap is located five miles north of Buncrana and passes between the Mamore and Urris Hills at over 800ft (243m) above sea level. This is a favourite spot for tourists and locals alike with spectacular views of the Urris, Dunaff Head and beyond to the broad sweep of the Atlantic Ocean. For the energetic it is the starting point of the Urris Lakes Loop and Butlers Glen Loop Walking Trails.

This stunning waterfall is located on the outskirts of the village of Clonmany. Its wedge shape cascades fresh mountain water which descends over black rock from an astounding height of 30ft (9m). A designated car park, walkway and picnic areas are provided. The entrance to the waterfall car park can be found beside The Glen House B&B.

On the Isle of Doagh near Ballyliffin are the ruins of what was once an impressive 16th century structure, Carrickabraghy Castle. It is situated on an imposing rock formation at the edge of the Atlantic Ocean with wonderful views. The castle has undergone significant conservation work making it an excellent site to visit for anyone with an interest in Irish history or the Ó’Dochartaigh Clan Castles.

Kinnagoe Bay is a stunning, secluded cove lined with soft golden sand. It is enclosed and backed by a sloping hillside which is covered with lush coastal vegetation. Situated on the east coast of the peninsula and just 7km north of Greencastle, it is accessed via a narrow, winding and steep hillside road leading from the Inishowen 100 drive.

In 1970/71, in Kinagoe Bay, divers discovered the wreck of La Trinidad Valencera, a 1,100 ton wooden ship from the Spanish Armada fleet which foundered on 16 September 1588. 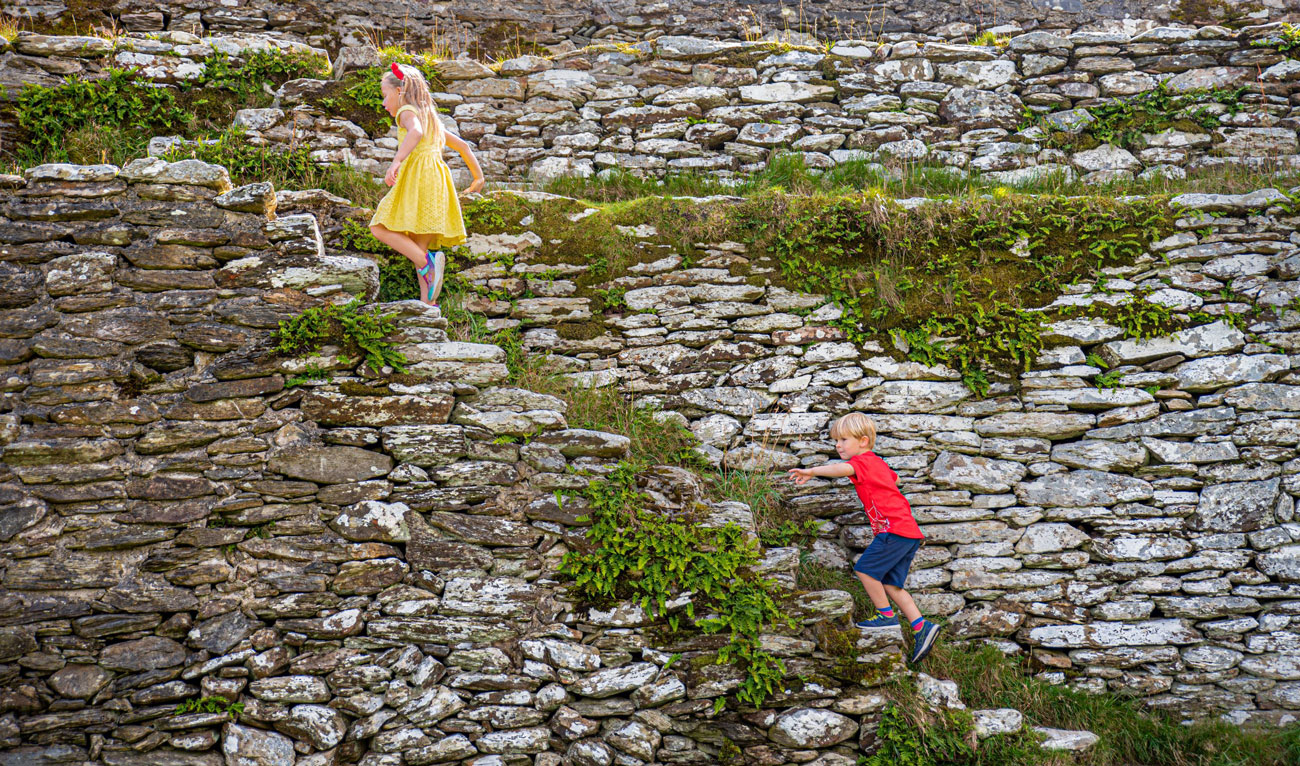