The Lagg road to Malin Head takes the visitor along the shores of Trawbreaga Bay.The Bay is an area of regional ornithological importance and has been declared a wildlife sanctuary. The road rises sharply following the coastline around the Knockamany Bens with magnificent views of Trawbreaga Bay from the car park. On a clear day Tory Island can be seen to the west. One of Donegal’s most beautiful beaches is at Lagg, known as the “Five Fingers Strand”. It has some of Europe’s Largest Sand Dunes which began to form in their present position about 5000 years ago. The tough marram grass grows best when sand is blown on top of it and here great sand hills up to 30 metres high have been built up by the action of wind blowing sand from the beach. 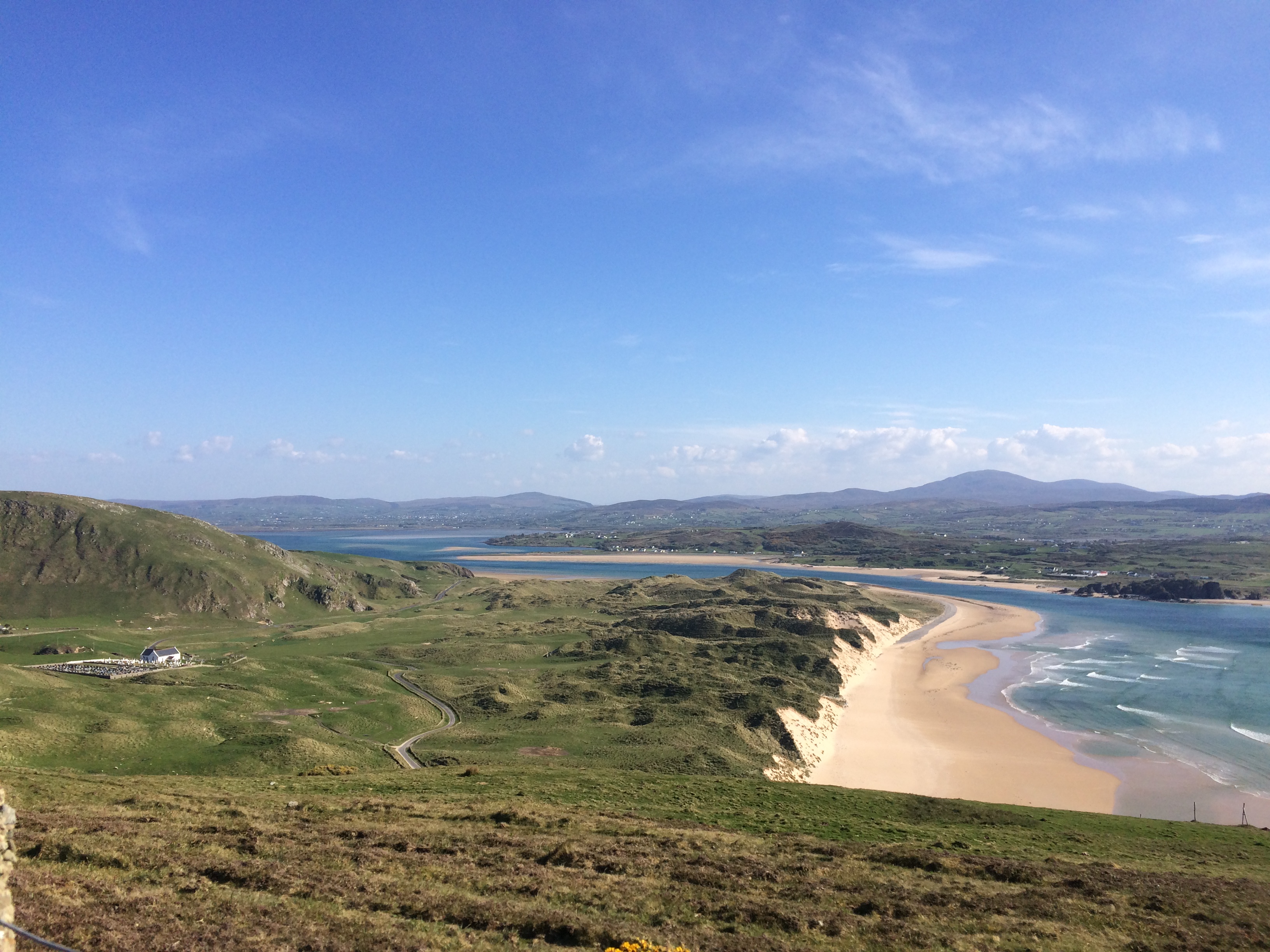