Malin Head is the location of Ireland’s most Northerly Point. It is a signature point for anyone doing a tour of the Wild Atlantic Way. The tip, Banba’s Crown is named after Banba, a goddess of the Tuatha Dé Danann, the mythological tribe said to have lived in Ireland in ancient times. Banba and her sisters Ériu and Fódla became the patron goddesses representing the sovereignty and the spirit of Ireland. Standing high at Banba’s Crown is a grey derelict building locally known as ‘The Tower’ Initially constructed by the British Admiralty in 1805 as a Napoleonic lookout tower to help defend against a possible French invasion. It was later taken over by Marconi as an important signal station for news between America and Europe though modern technology has since made it redundant. In 1870 the first weather reports were recorded, and in 1902 the first wireless message was sent from Malin Head to the ship S.S. Lake Ontario Natural attractions along the cliff edge include a spectacular subterranean cavern known as “Hell’s Hole” and a natural arch called “Devil’s Bridge”. On a good day the Scottish Islands, Tory Island and nearby Inishtrahull Island are visible. 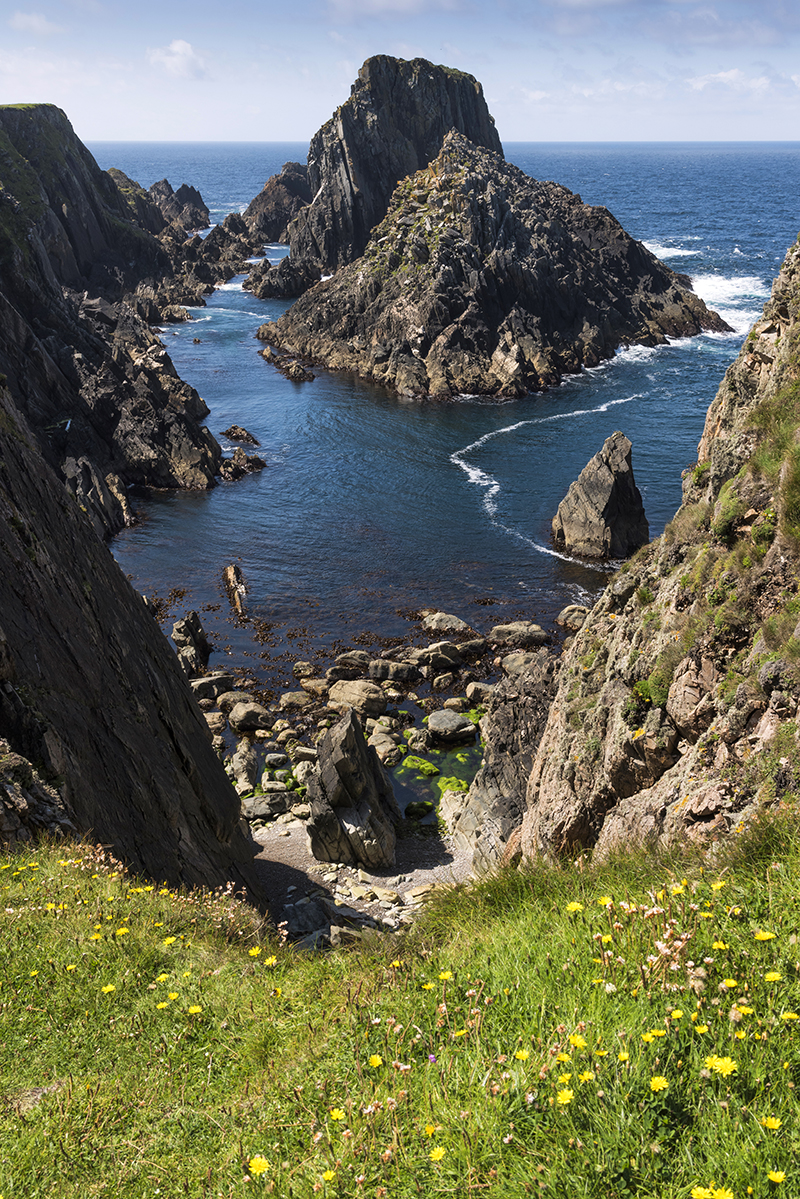 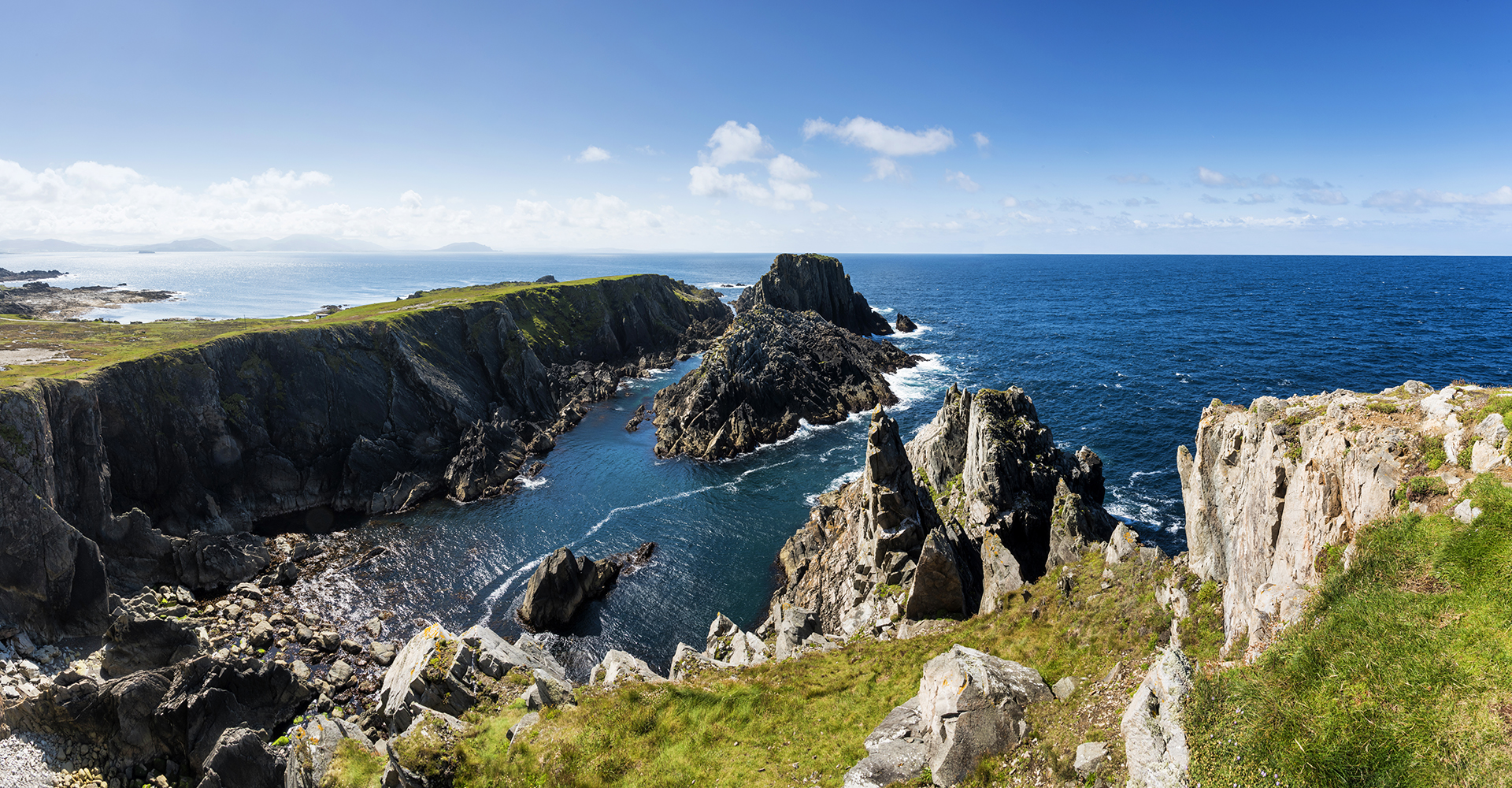 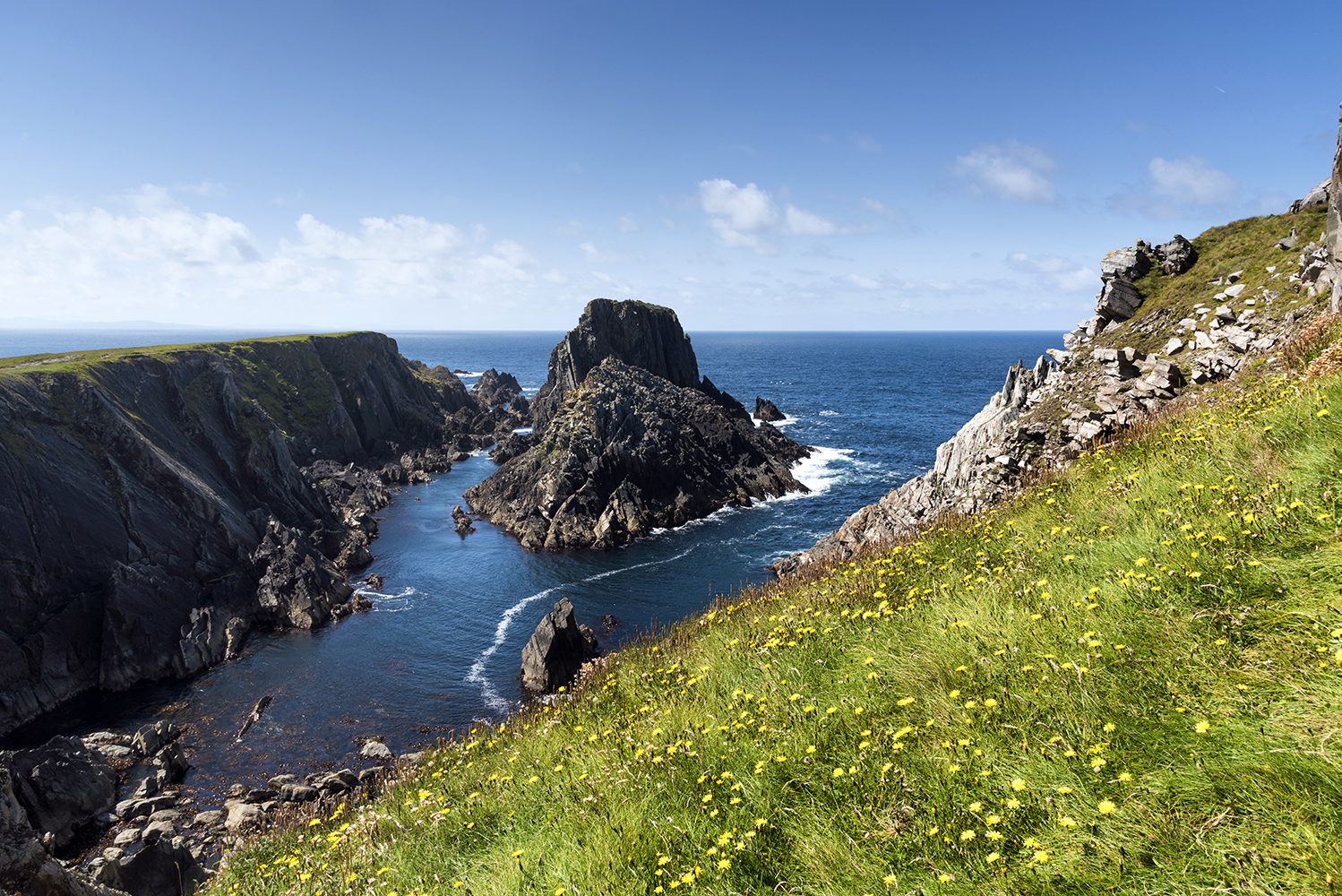 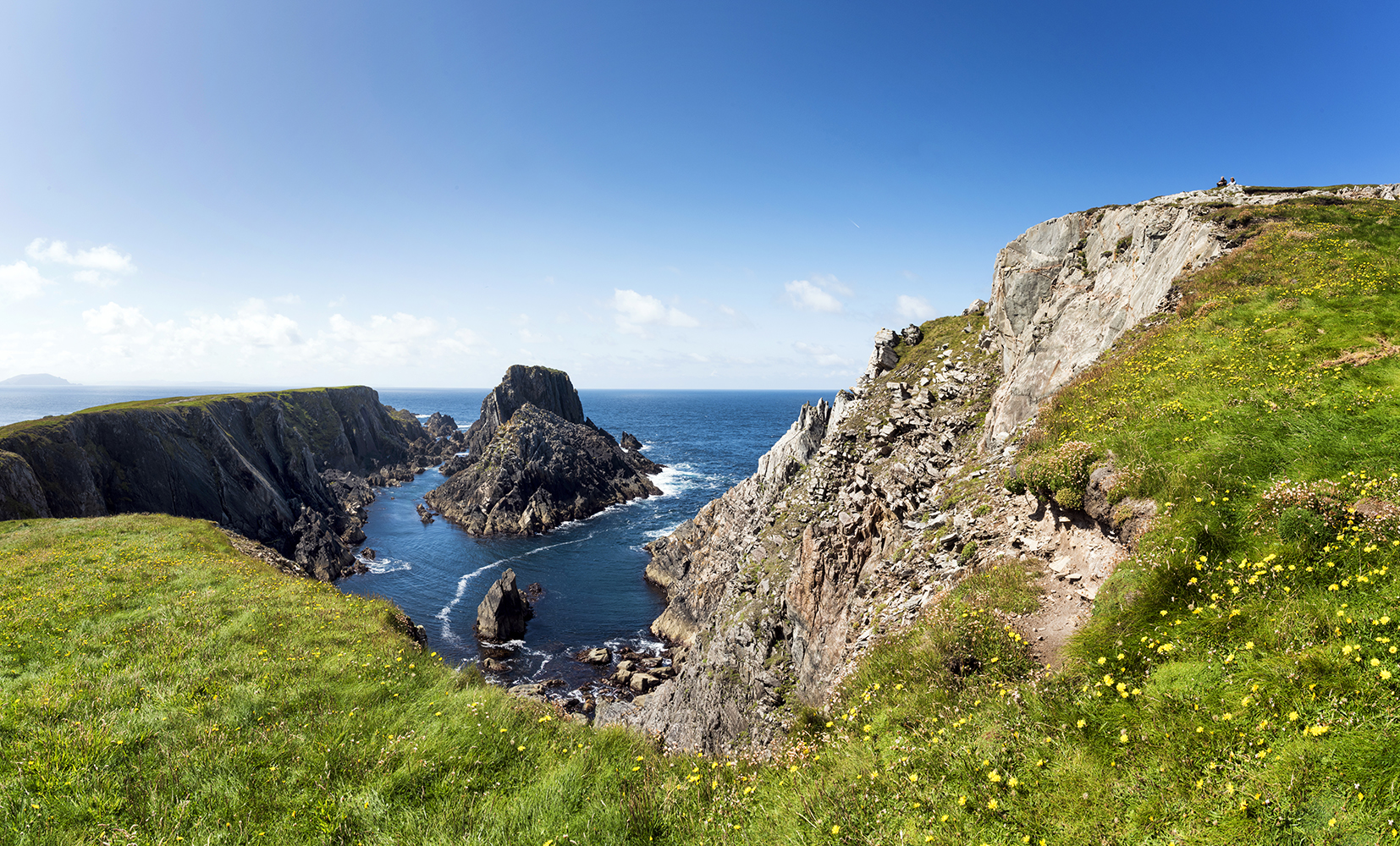 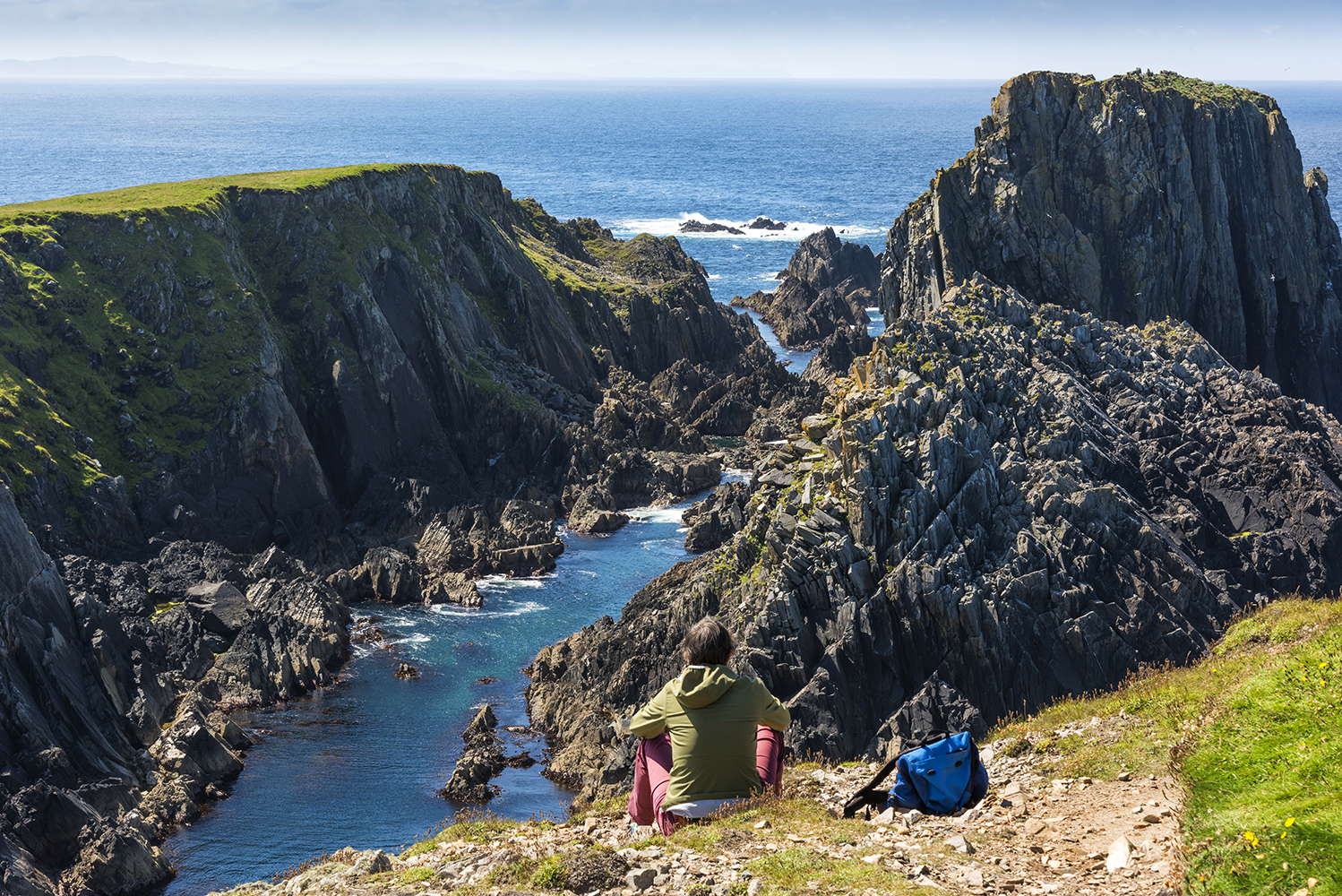 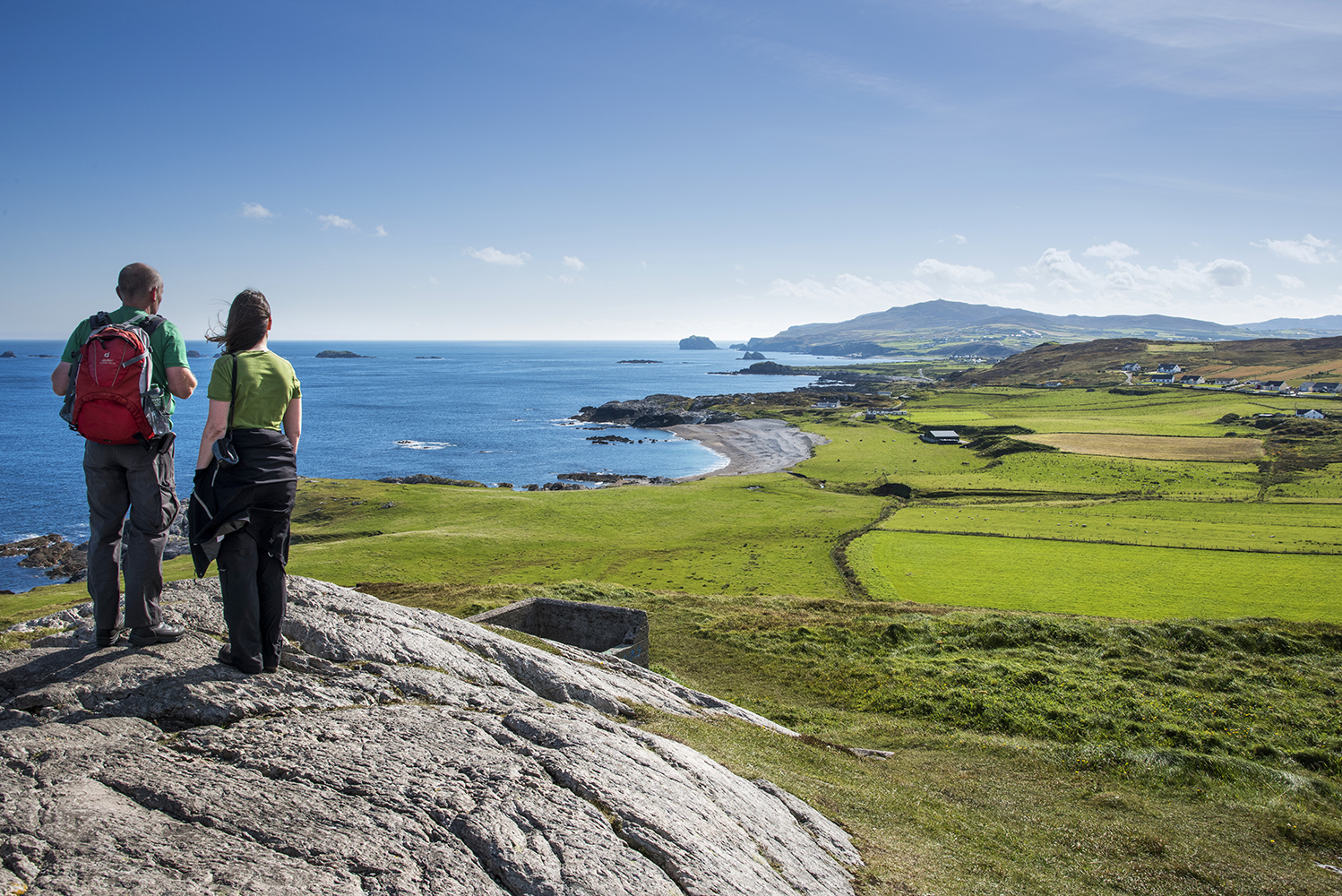 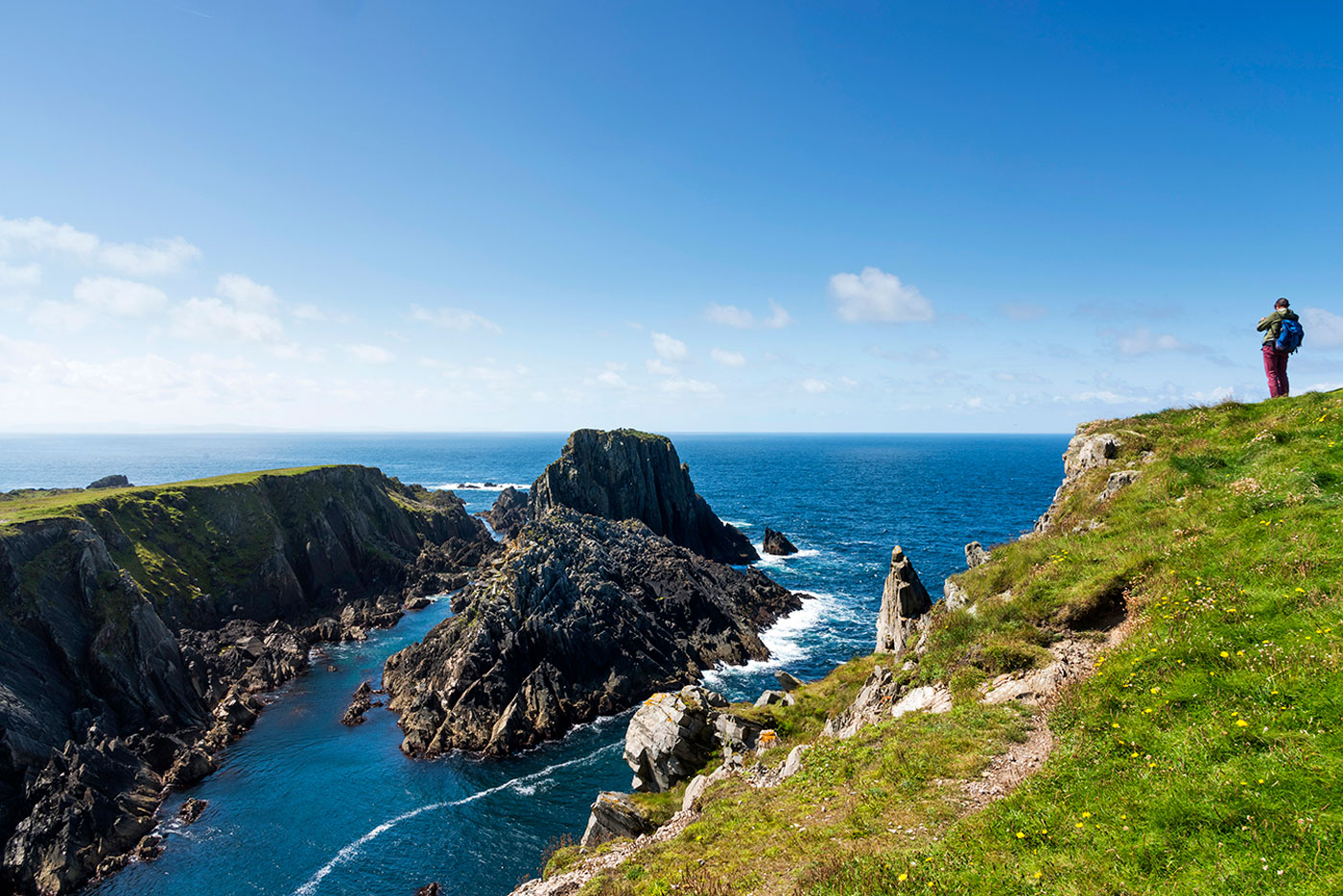