Description: The hills behind the village of Iskaheen offer an imposing setting for the largest portal tomb (dolmen) in Inishowen – its capstone maybe weighing 30 tons. The precise reason for its name is unclear but its purpose is not. Originally referred to as a Druid’s alter (albeit incorrectly) it was thought that this type of monument was used for sacrifice or some other Druidic rite, but investigations have shown that these monuments marked burial places and probably even predated the arrival of the Druids. This tomb is situated in bog land but it is important to note that during the period of its construction, Ireland had a different climate, it was warmer and the present day bogs were forest. This means that this tomb would have been many feet higher and would have appeared even more imposing. There also appears to be traces of a cairn at its base. 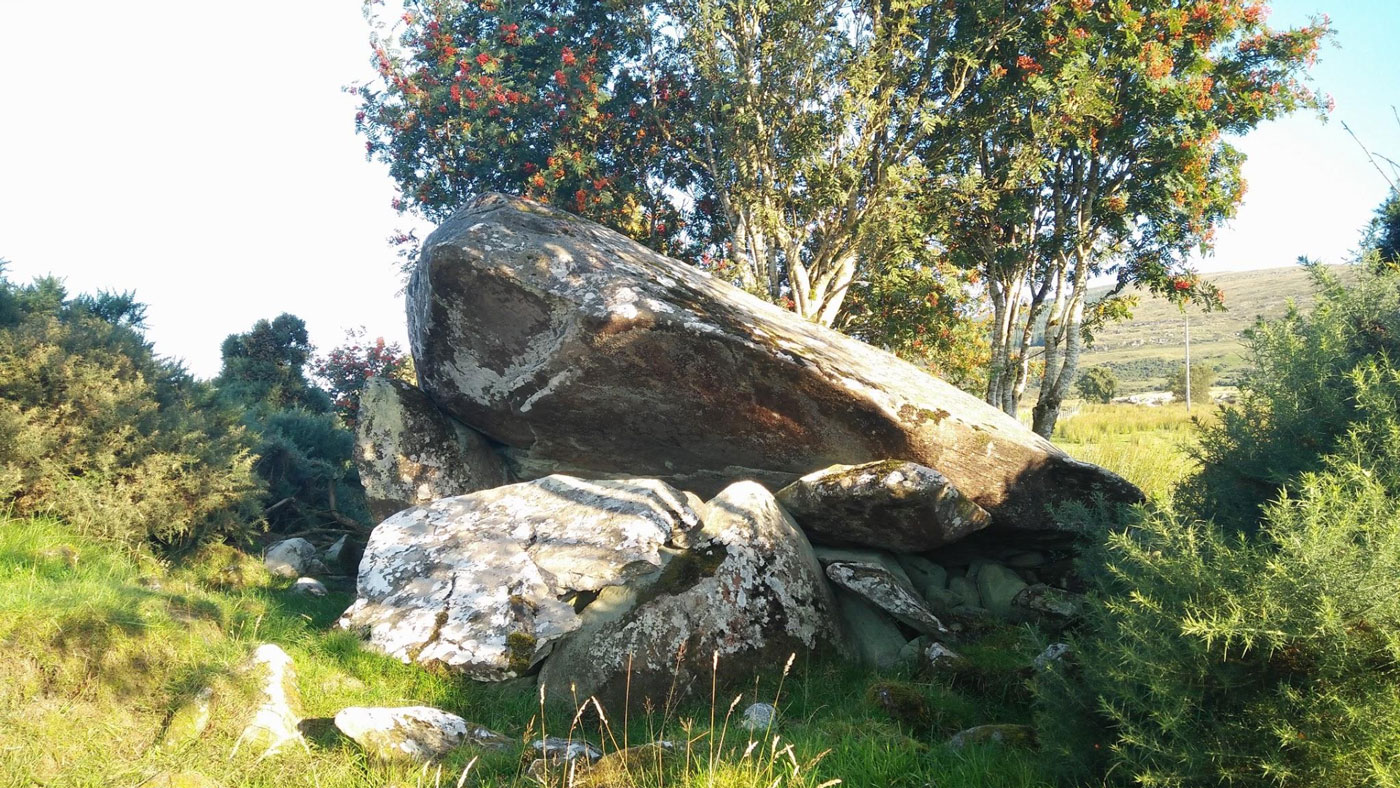