Directions: Situated in the village of Greencastle on the Stroove Road. It can be easily viewed from the car park on the adjoining building or from the shore path walk that can be accessed from the main village car park.

Description: The castle was built by the Norman lord, Richard de Burgo in 1305. His grandson, William succeeded to the Earldom in 1328 but became involved in a quarrel with his cousin Walter who belonged to the Connaught branch of the family. William imprisoned his cousin in a dungeon and starved him to death. This event is commemorated by a skeleton on the coat of arms of the City of Derry. After the Plantation, the castle was granted to Sir Arthur Chichester but subsequently fell into ruins. 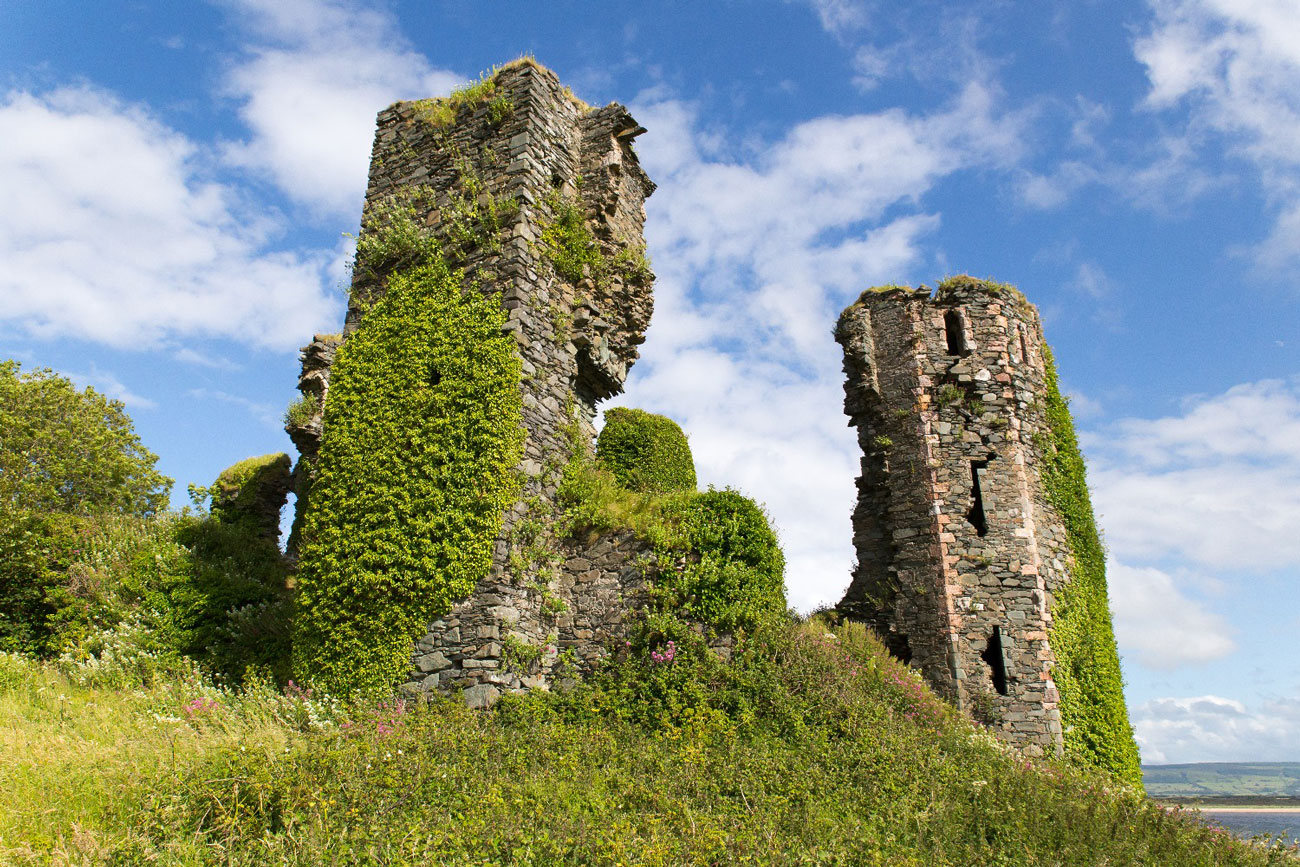