Directions: Located near the mouth of the Crana River in Swan Park.

Description: The O’Dohertys were the Gaelic lords of late medieval Inishowen. This small tower house on the Crana River was of secondary importance to their main strongholds at Elagh and Burt. Of Anglo-Norman influence, the exact date of the original, two storey structure is uncertain (probably 1410-1430). Its third storey and other modifications were added towards the end of the Nine Years War, around 1602, for the young Sir Cahir Rua O’Doherty, the last Lord of Inishowen. Following O’Doherty’s failed rebellion and death in 1608 the English crown’s Lord Deputy, Arthur Chichester, secured most of Inishowen for himself. In the Plantation of Ulster (c.1610) the ‘Keep’ and its lands were leased by him to Captain Henry Vaughan, an English army veteran. Vaughan’s grandson Colonel George Vaughan built the nearby manor house, Buncrana Castle between 1716-18. 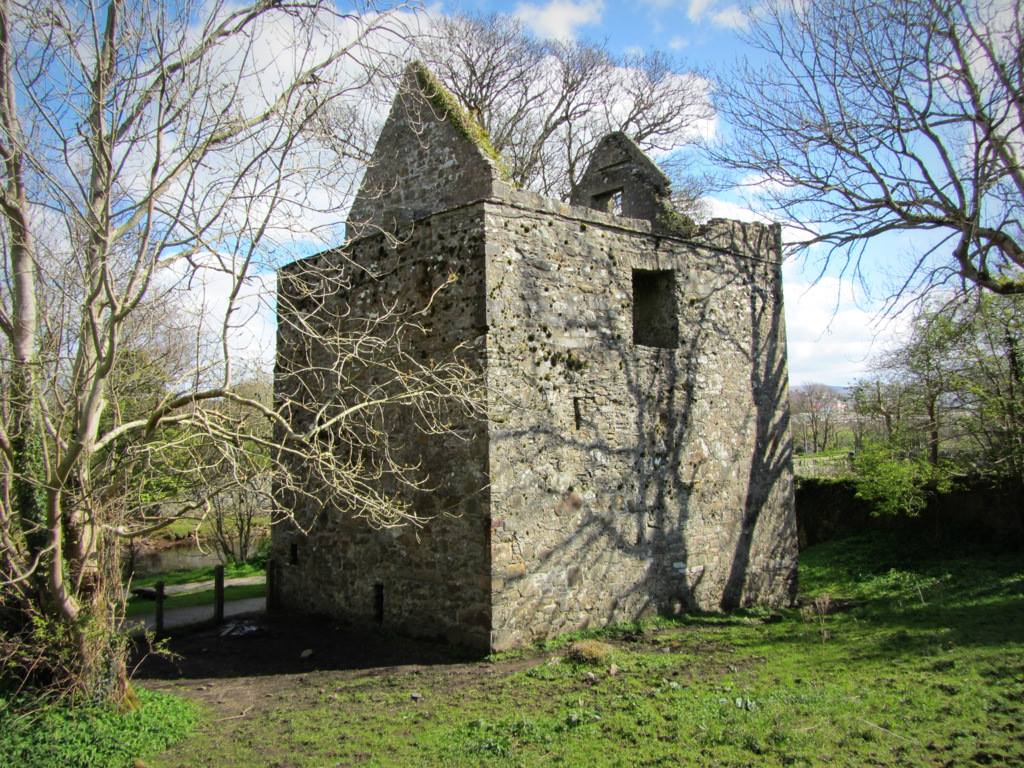