Directions: 2km from Culdaff in the direction of Moville and situated on top of the low hill of Deen, which is on the opposite side of the road to the Bocan Stone Circle. Just a few metres past the road taken to get the Stone Circle there is dirt track to the right. This monument stands in a field to the right approximately 0.5km along this dirt track.

Description: A wedge-tomb, it appears to have been covered with a cairn of small boulders which means that the structure remaining would have been only the central chamber of a huge monument. Since no proper excavation has ever taken place at either Deen or Bocan it is difficult to figure out whether these monuments were constructed at the same time or by the same people. However, it would seem from the experience elsewhere that they were constructed by the same race but possibly at distinct periods (sometime during the Bronze Age). But what seems likely is that their proximity and records of other notable monuments in the same area would suggest that this area was important or significant in spiritual terms for the people of that day. 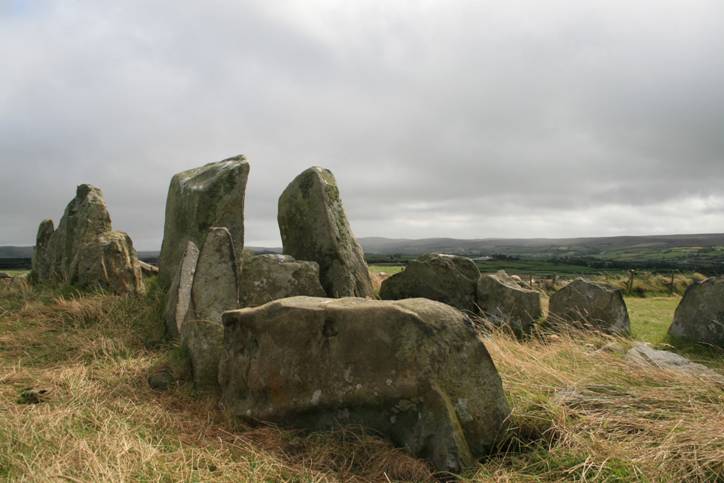